Avatar: It's the King of the World 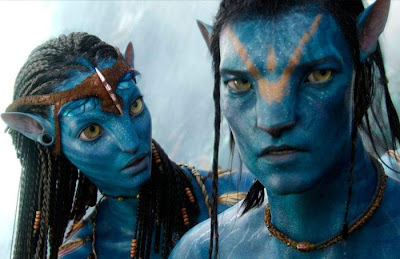 Did you ever see Star Wars, before they called it A New Hope, when it was released in 1977? Unless you were born around 1970 or before you probably were shit out of luck and caught it among the various re-released editions that George Lucas so strategically put out in the years since. For those special few who glimpsed the first adventure in a galaxy far, far away on the big screen, it must have been quite an experience in the unknown. I am going out on a limb to say that this might be the closest equivalent that our generation could see for some time. James Cameron has delivered on his eagerly anticipated film following the global monster that was Titanic in a way that should silence any nay-sayers.
The imagery is unlike anything you have seen before and the CGI aliens who inhabit the planet of Pandora
push the boundaries of what is possible in terms of effects and emotions in a summer blockbuster. I was 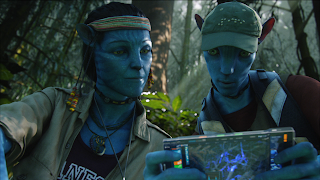 amazed, enthralled, overjoyed, and relieved when I saw the final product. Mr. Cameron is one filmmaker who rarely disappoints me and this time, it was better than I thought it could be. Is it now my favorite movie of all time? Not really. But it reasserted my belief in the magic of movies in a time when little can amaze us. I give my full recommendation for this film to anyone who wants to see a new world and believe in it. On the matter of every new movie now scrambling to put their vision into the 3-D arena, now that is a different story . . .