The Terminator: In the Year of Darkness, 2029 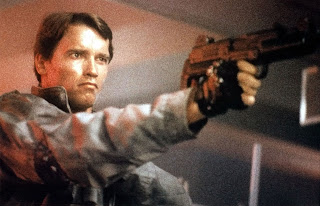 When James Cameron had a feverish dream of a metal endoskeleton rising from the flames of destruction, little did we know that he would craft this vision into the terminator franchise and redefine what an action and science fiction series could be. Legend has it that Arnold Schwarzenegger auditioned for the role of Kyle Reese, human soldier sent back in time to protect one very important mother, due to his rising stature in Hollywood with the success of the Conan the Barbarian in the early 80’s. Upon meeting, both Schwarzenegger and Cameron secretly thought that the role of the terminator would fit Arnold perfectly, with his unnatural build fitting the nightmarish image of an unstoppable cyborg killer from the future. Cameron initially wanted the terminator to be a machine that looked like a completely normal man in order for it to blend in with the crowd. Lance Henriksen (See also Aliens) was initially going to play the terminator and although he would have provided a unique and original interpretation of a machine with no remorse, fate gave the world Arnold in what could arguably be called his most memorable and iconic role of his career.


Filmed in L.A. with a small budget and not all of the proper police permits, The Terminator would become a classic in the genre and push both its’ star and director into the limelight of talent in showbiz land. Although Schwarzenegger’s performance and attitude lifted the film to immediate cult status, the picture would not have worked half as well if the character of Reese had been played by a sub-par actor. Michael Biehn (See also The Abyss; Planet Terror) incorporates the right amount of intensity and emotionality into a role that has to explain to the audience what the fuck is going on. He brings to life the serious threat that the T-800 represents while Sarah Connor, a.k.a. Linda Hamilton, tries to come to terms with the horror and 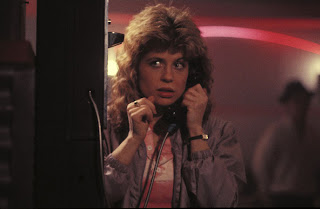 unrealism that has stormed into her 1984 material girl life. Arnold went on to bigger budget movies and the list of nameless foes he so entertainingly ended rose into the hundreds, but never was he more lethal or convincing than in this tech-noir tale. With Stan Winston providing the special effects and Brad Fiedel orchestrating the heart-pumping score, The Terminator still reverberates today as a warning against unchecked technological progress and the power of the human spirit. While many a night has been wasted endlessly debating whether this film or its’ sequel, Terminator 2: Judgment Day, is the superior work, the question for me is answered with the scene of Schwarzenegger breaking into and annihilating an entire police station in the original. His systematic and unemotional disposal of human interference is truly something to behold. ‘It can't be bargained with. It can't be reasoned with. It doesn't feel pity, or remorse, or fear. And it absolutely will not stop, ever, until you are dead.’ And for once in a movie, the statement matches the villain perfectly and then some. An everlasting testament to the creative talent behind this keeper.